Our social trip maker, code name – “Before sunrise, Before sunset”, which was inspired by the classic movie Before sunrise and Before sunset, empowering touring experience with image recognition technique and Facebook OpenGraph.

My Role in this project – Team Leader, Concept, Designer & Presenter

“I’ve seen many trip apps, but never like this before!” 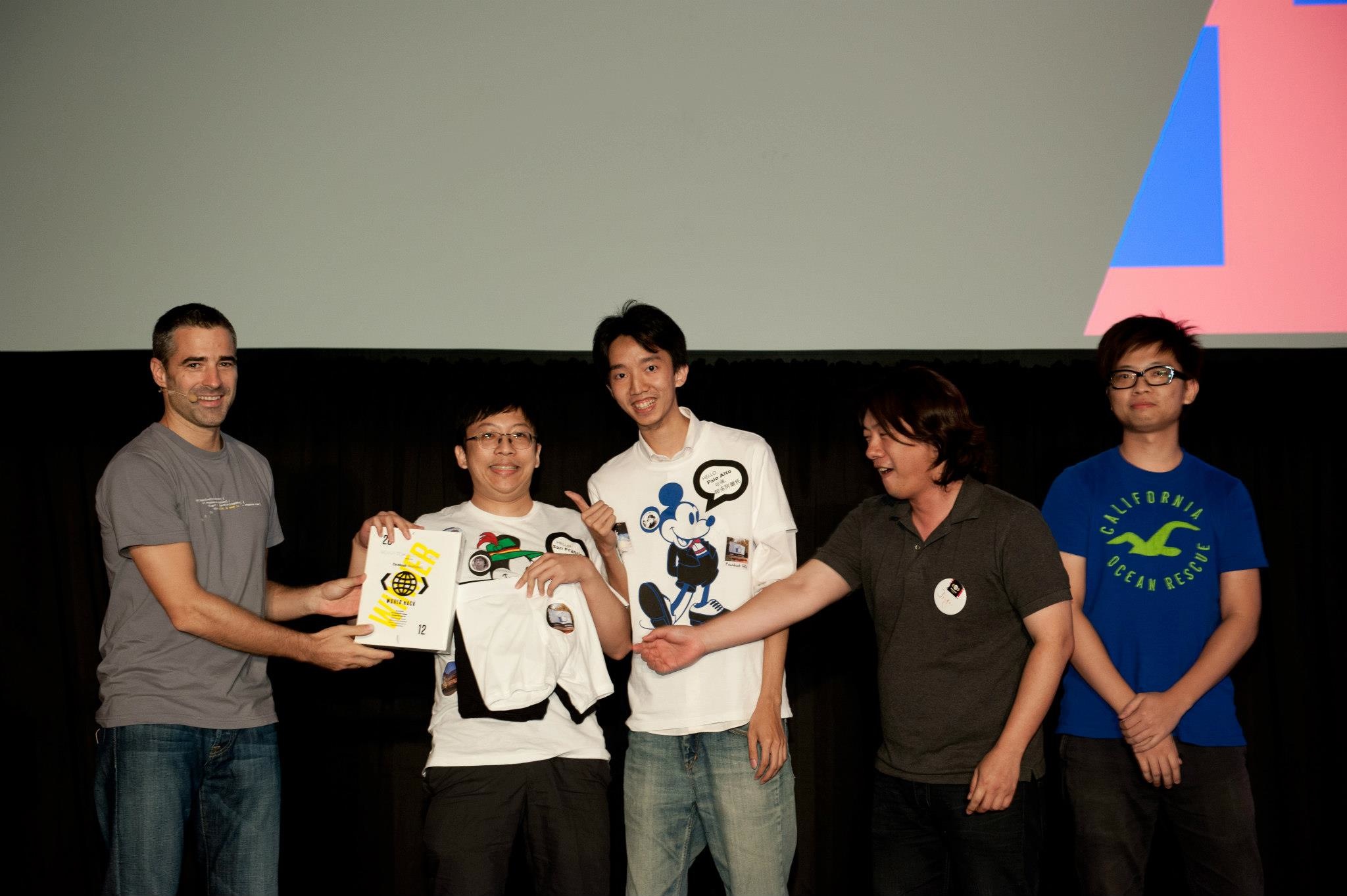 On the stage for Mobile Category Award with Facebook Developer advocacy – James Pearce.

The app uses on-device image recognition from IQ Engines so it works even when there’s no internet connection by saving the data people and places it recognizes for later. The team at Linkwish tells us they’re planning to bring the app to market later this year and replace the t-shirt with printed scannable cards. Here’s a video of the team’s presentation at World Hack: http://bit.ly/QDxHAT (in Chinese). 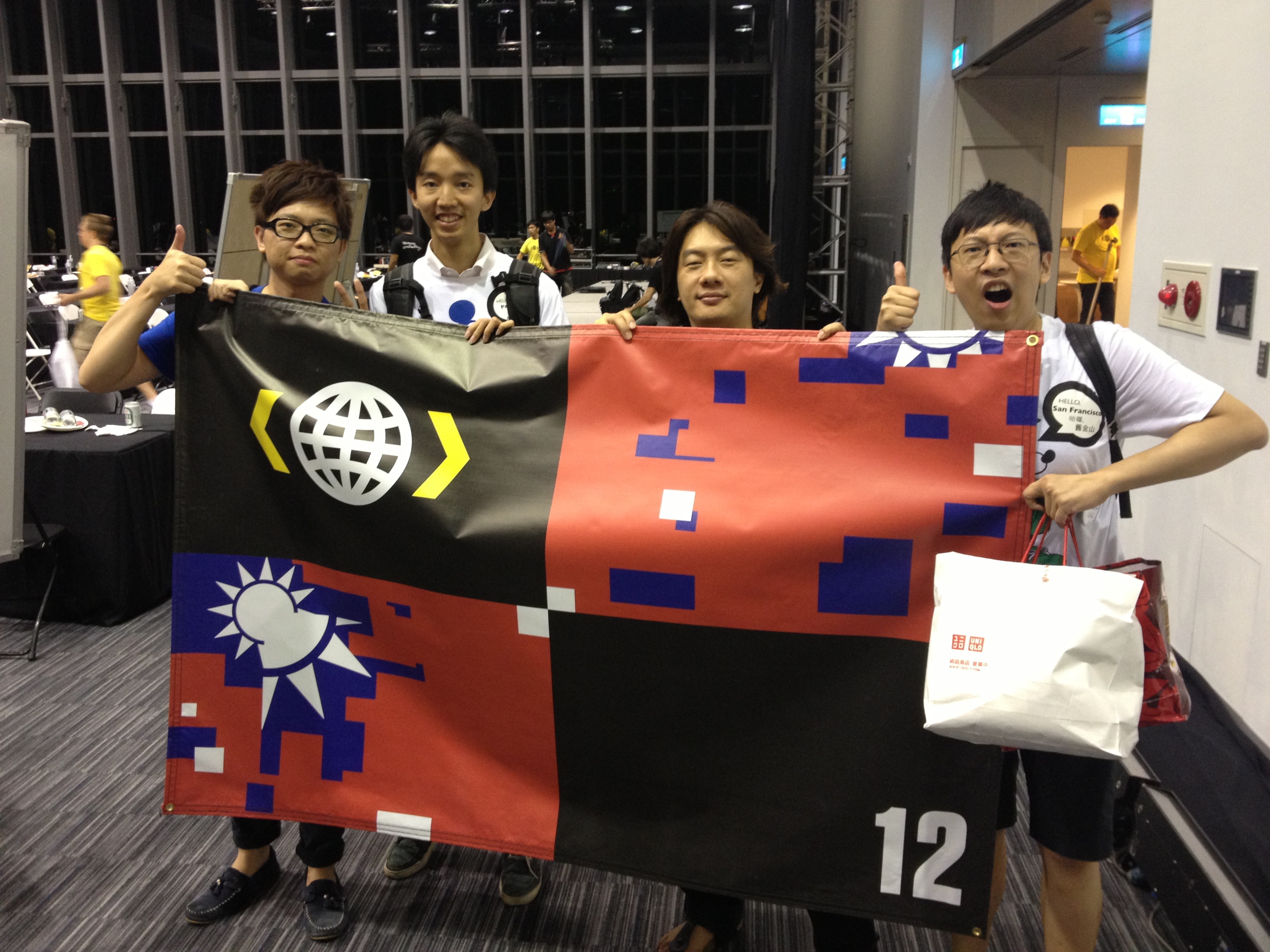 The Facebook Developer World HACK 2012, a series of events we’re hosting around the world throughout August and September. Build an amazing Facebook app at the HACK and you could win yourself a trip to San Francisco.

The World HACK series is designed to bring the Facebook Developer story to a new set of cities – homes to some of the world’s most vibrant and fast-growing developer communities. This year (2012) World HACK 2012 events are each one-day long, and will take place in 12 cities 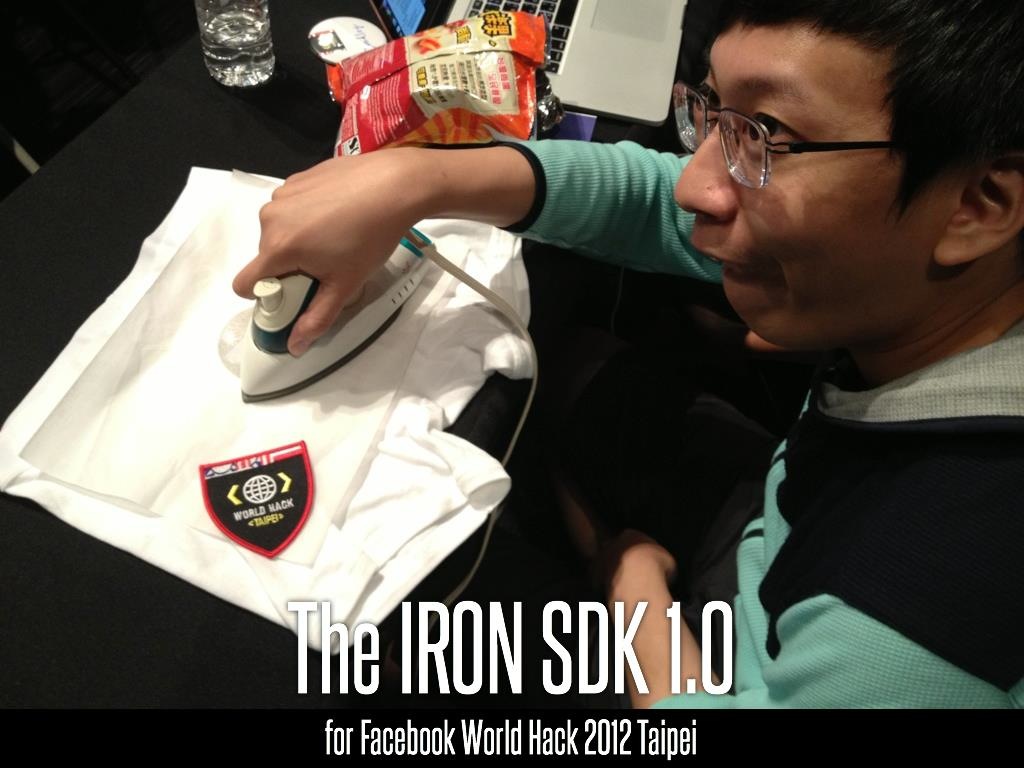 We called it “The IRON SDK.”

Bringing an iron to a developer HACK event as develop tool, is so much fun and full of Hack spirit inside. People are impressed and in result, win the Facebook juries’ attention and the Mobile Category Award in the Facebook World Hackday@ Taipei 2012.